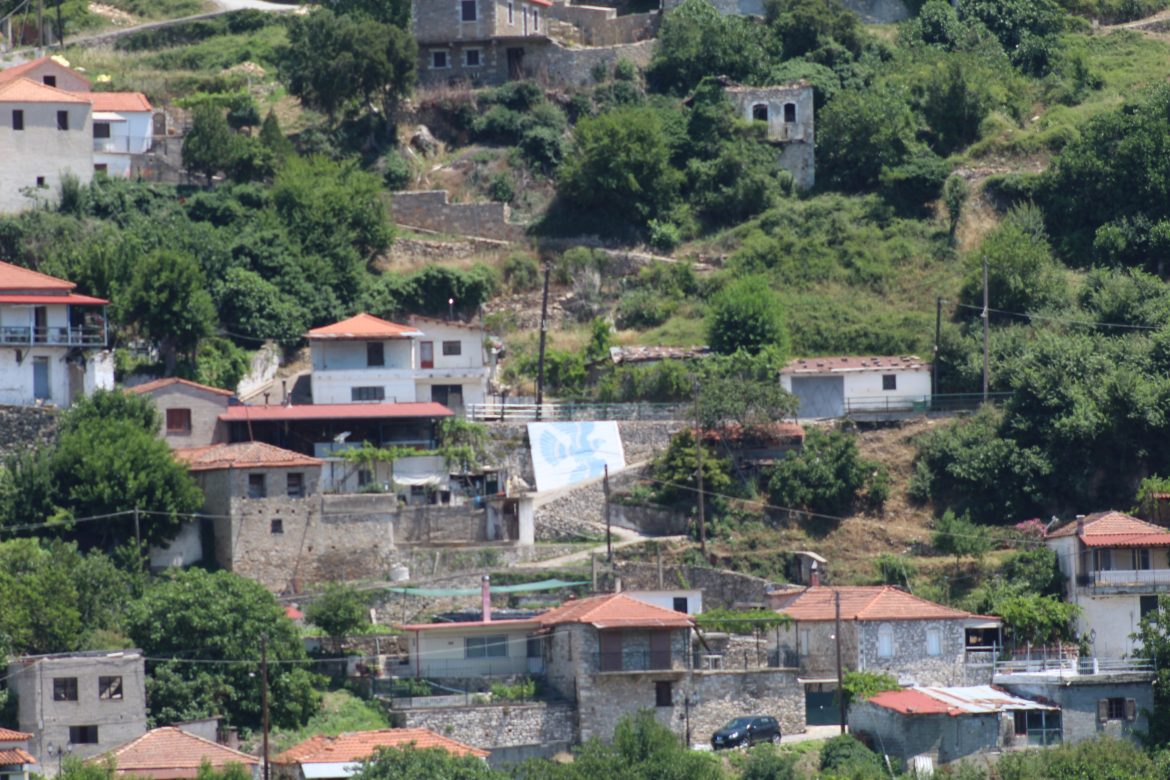 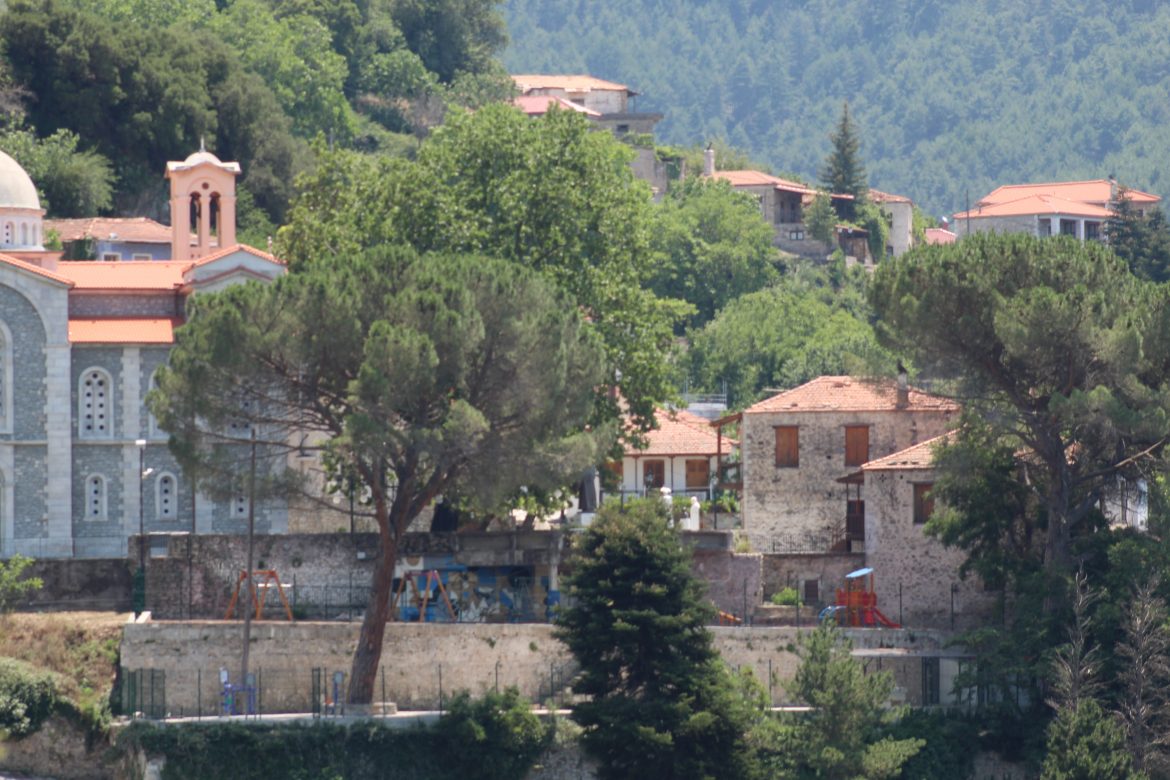 Vamvakou Revival | Power in Union by Iason Megoulas (aka Cacao Rocks). View from far away. 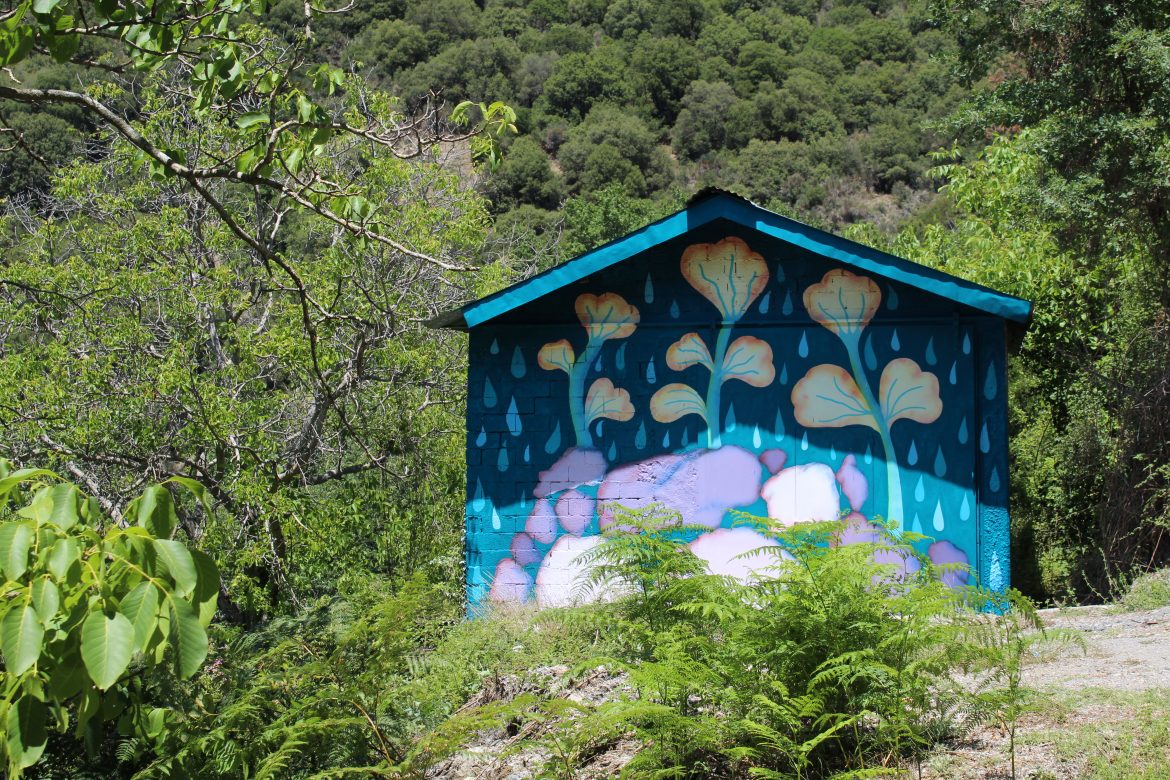 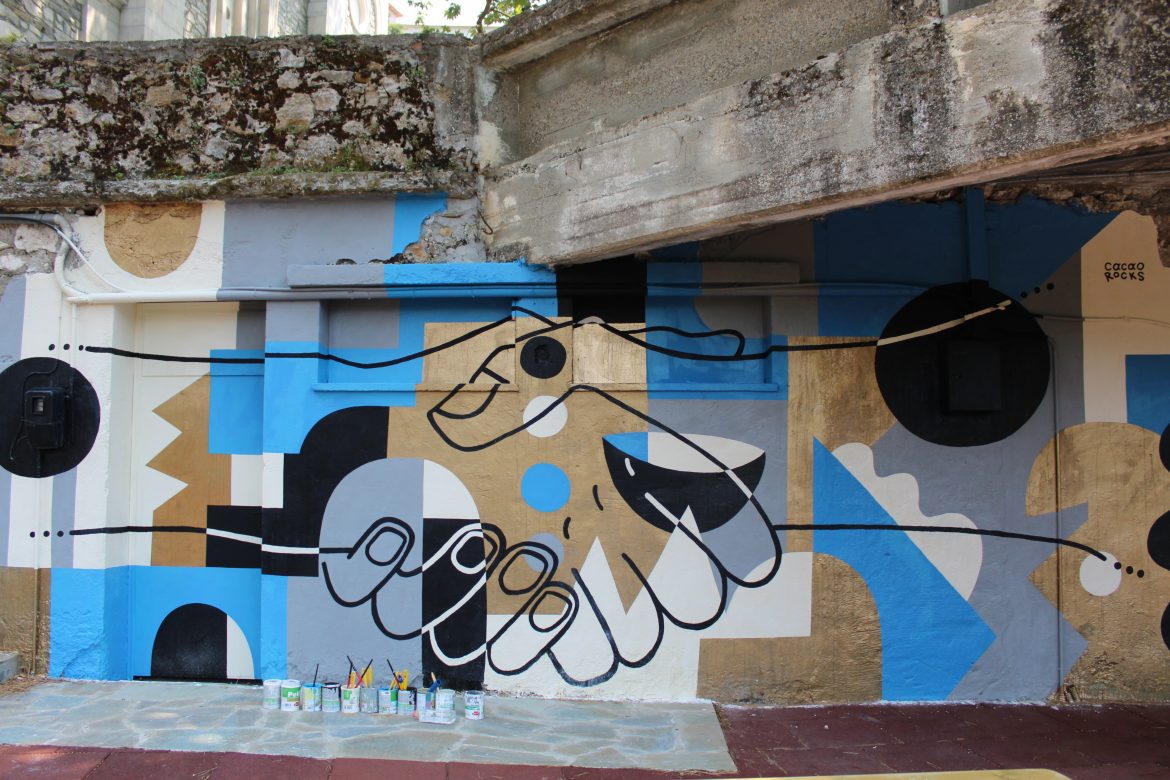 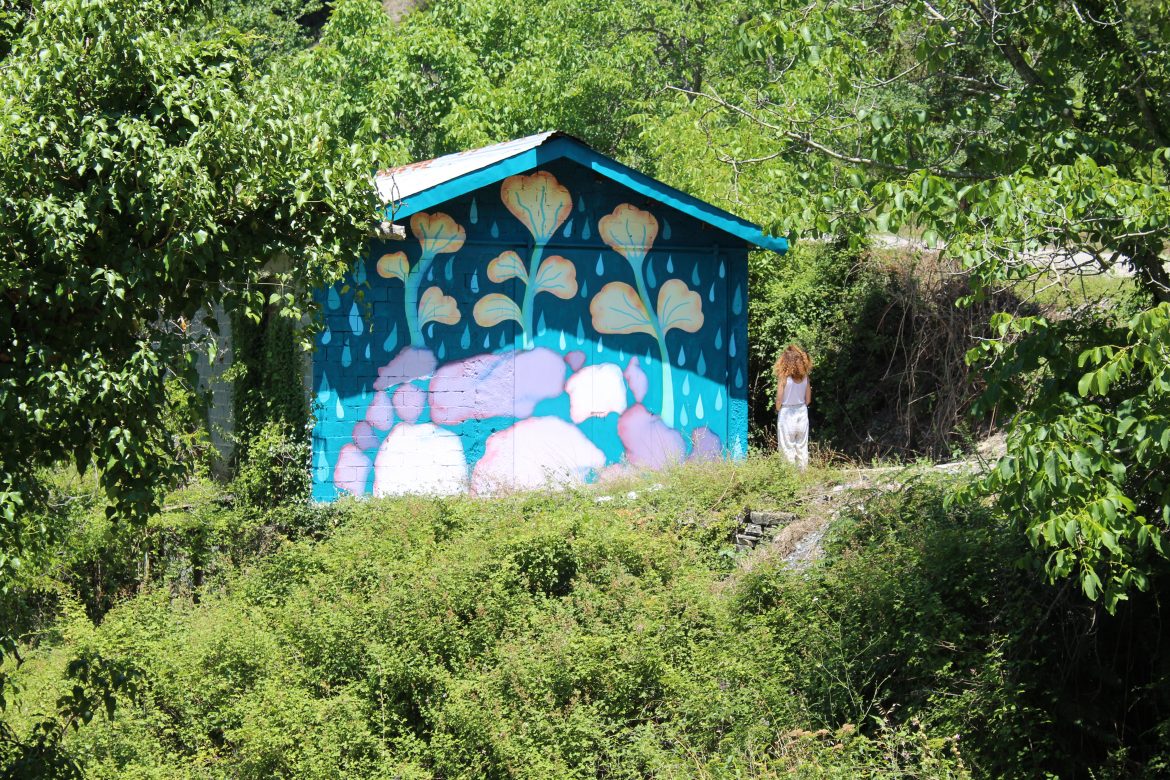 What do you expect to meet approaching the small mountainous village of Vamvakou? Off, course, an idyllic landscape, lush forest and beautiful stone houses.

However, approaching the village and reaching Kryvis (area just opposite the settlement) you would find that in the center of the village there is a piece of art. Proceeding to the settlement, another work of art emerges from a far below the square.

First stop at the playground! Iason Megoulas was inspired by the motto of the Committee of Plenipotentiaries of Vamvakites “Power in Union”. This is the title of the masterpiece that dominates the playground of the village. A modern depiction of the equal handshake to remind us of principles and values of the past.

On the way to the Clock of the village, the work of art by Pavlos Tsakonas emerges, the hawk – inspired by Gerakaris, a stream on the east side of the village. The title of the mural: “Hawk awk wk k” mural , acrylic colors, 20sqm.

Pavlos told us:  “A simple two-color mural,  transcription of a theme borrowed from ancient tradition, emphasizes, among other things, to the fluidity of history, culture and tradition. The symbol-sign of the hawk of the mountains of Laconia intervenes gently, like an indigenous drawing in the stone mountain village’s natural landscape. The discreet color of the design indicates the shadow or the echo of the bird despite its very presence. With its symbolism it conveys messages of victory, hope and spiritual uplift.”

And if you think that the visual interventions ended here, you are wrong!

Continue on the way to school! Among the trees, an old warehouse was transformed. The environment, the stone, the vegetation and the waters were the inspiration for Alexandros Simopoulos. Sit down to sunbathe and cool off in Pera Vrysi, admiring his work. It will set your mood! The title of the mural is “Another roadside attraction (Tricksters)”, acrylics and spray-paint on wall, 6×6 meters.

Alexandros told us: “Three wildflowers dance on the stones. The work borrows it’s title from Tom Robbins’ first novel of the same name, as well as a common motif from folk art. At first reading it is a metaphorical illustration for the revival of the village and the Vamvakou Revival project. Αt the same time, it depicts on a larger scale the wild flowers that fly out through the asphalt and the stones, in different parts of the village, sticking out their tongues on us like “tricksters” and wants to challenge the visitor to observe them more carefully, hoping to act also, as some kind of monument dedicated to sensitivity, to resilience, to elasticity, to endurance, to lightness, to banality, to charm, to “graphic beauty”, to the archetype of the trickster.“

The visual interventions in the village are part of the artist residency program, which implemented by Vamvakou Revival in the framework of the Vamvakou Revival initiative thanks to the moral and financial support of the Stavros Niarchos Foundation (SNF). The 3 artists who were hosted belong to the Artworks Fellows of the 1st Art Support Program of SNF.